Many bluette overalls had the red-lettered ARP and oval badge attached - there were a number of variations in the way these were manufactured: embroidered and economy printed variations are known. These badges also appeared on the battledress blouse as well. A number of local authorities were instructed to use whatever stock of badges they had so it does not always follow that a person wearing the red lettering badges were "old salts" and original members of the ARP services. Some certainly did prefer to wear their old ARP badge over the new old gold-coloured CD badge though. The new embroidered 'old gold' CD (Civil Defence) with crown badge was introduced in the autumn of 1941 (to coincide with the release of the new uniforms - some rescue parties are known to have received the battledress as early as February 1941). All new serge battledress and women's serge tunics had the badge pre-sewn to the left breast pocket prior to the garment being issued (some former members of the Wardens' Service preferred to re-use their red lettered ARP badge in favour of the CD badge).

​By the summer of 1943 a printed version of the CD badge was issued and the badge was no longer sewn onto the uniforms. It was envisaged that badges would be reused (so if a battledress was worn out, the badge would be removed). A high number of period photographs show the red ARP oval badge being worn on battledress blouses - this was officially sanctioned.

The badge was embroidered and measured 2.75" in diameter, in 'old gold' lettering surmounted with a King's crown on a dark blue backing. ​It was worn on the left breast pocket of the battledress blouse and women's tunic. It was not to be worn on greatcoats. There are a few slight variations in existence due to the contractor used to manufacture them.

​Manufacturers were supplied with a sample copy of the CD breast badge but each firm would produce a badge that was slightly different to the pattern. Consequently there are a number of original badges that have noticeable differences, especially with regards to how the King's crown was embroidered. 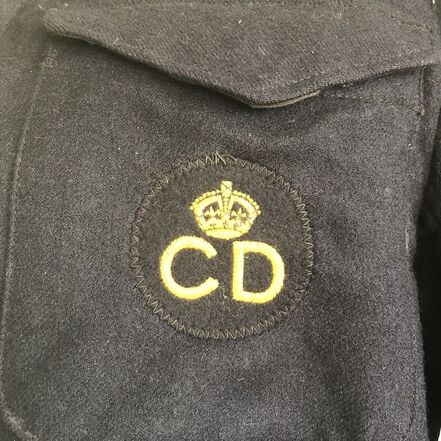 An original CD breast badge sewn to the left pocket of a battledress blouse. Rescue Parties operating from London Borough depots had a specific badge that was initially worn on bluette overalls (photographic evidence shows it being worn on the upper sleeves of both arms).  With the introduction of the battledress uniform, members of rescue squads applied the rescue badge to the left pocket instead of the more customary CD breast badge. 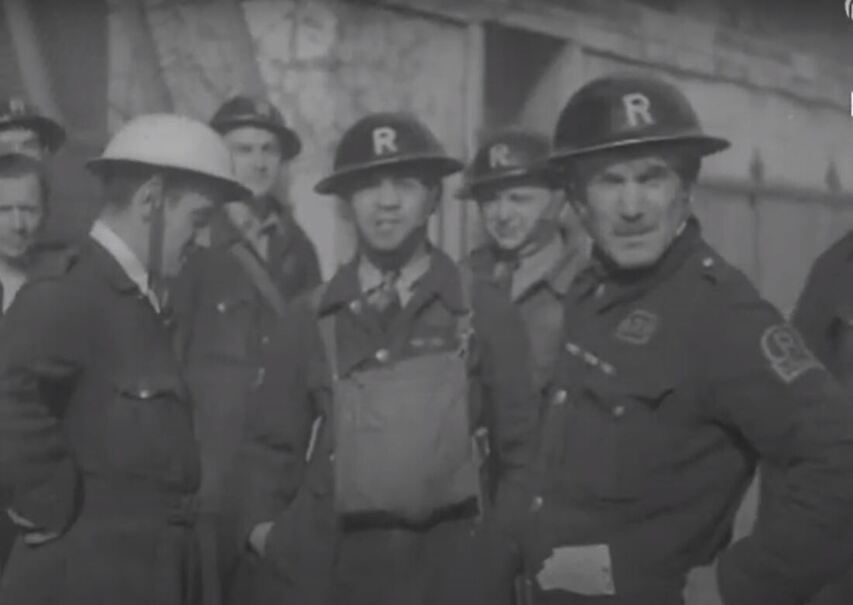 When badges were not available some people refashioned existing badges to suit their needs. This Rescue badge has been made by unpicking the 'A' and 'P' from a standard ARP breast badge. Rescue 'R' Badge Made From an ARP Breast Badge (front). Rescue 'R' Badge Made From an ARP Breast Badge (back).

A breast badge was produced for the ARP Pattern 81 gabardine overcoat. This badge was only to be used on this coat. Why exactly this coat had to have a specific type of badge has not yet come to light.

For members of the Civil Defence engaged in providing first aid support on Casualty Evacuation Trains a special C.E.T. breast badge was created. 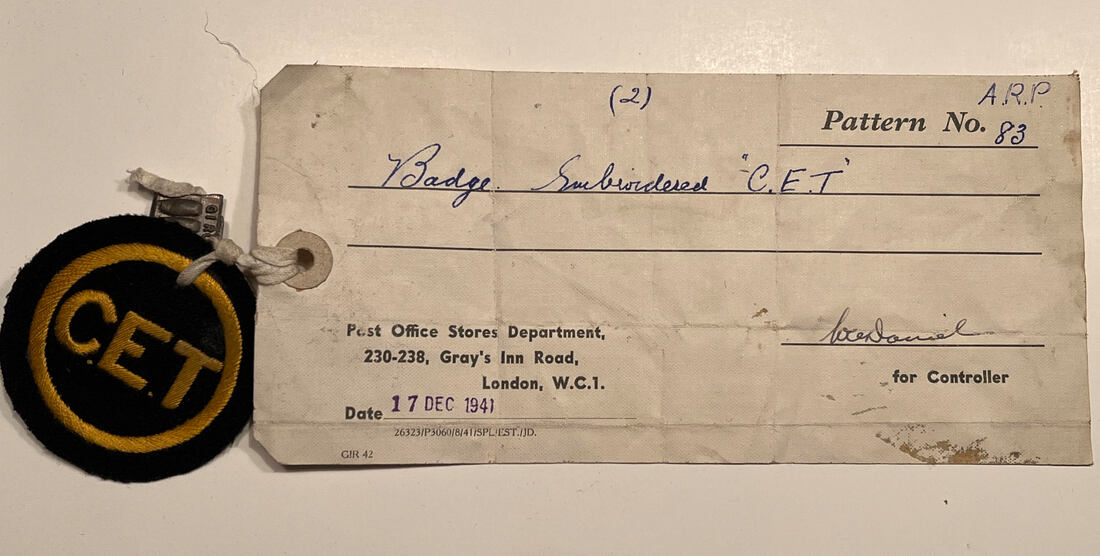 Those CD personnel that had qualified on a recognised first aid or life saving course could add an attainment badge to their right breast pocket. The more commonly seen badges on period photos are for the St. John's Ambulance Association (mote not Brigade - the Ambulance Association was used to train people who were not part of the St John Ambulance Brigade) and the Royal Life Saving Society. In most cases  these badges were sewn on to or above the right pocket but in rare instances on some period photos it has been sewn onto the sleeve (see below). The Royal Life Saving Society offered training to civilians in first aid and artificial respiration. Members of various Civil Defence services could undertake training and after successful completion wear the society's woven 2" x 2" red on dark navy blue badge on their right breast pocket of battledress and the Pattern 71 tunic.

The society also presented  an oxidised metal badge that could be worn on civilian clothing (though at least one photo shows a full colour enamel badge being worn on bluette overalls early in the war).

When Breast Badges Are Arm Badges...

This photo is from a series taken for LIFE magazine. Several photos exist of members of the Paddington ARP Wardens' Service. This one shows the St Jon badge being worn on the sleeve rather than the pocket. The Civil Defence services were issued with regulations but it is not uncommon to see badges sewn on arms like this. 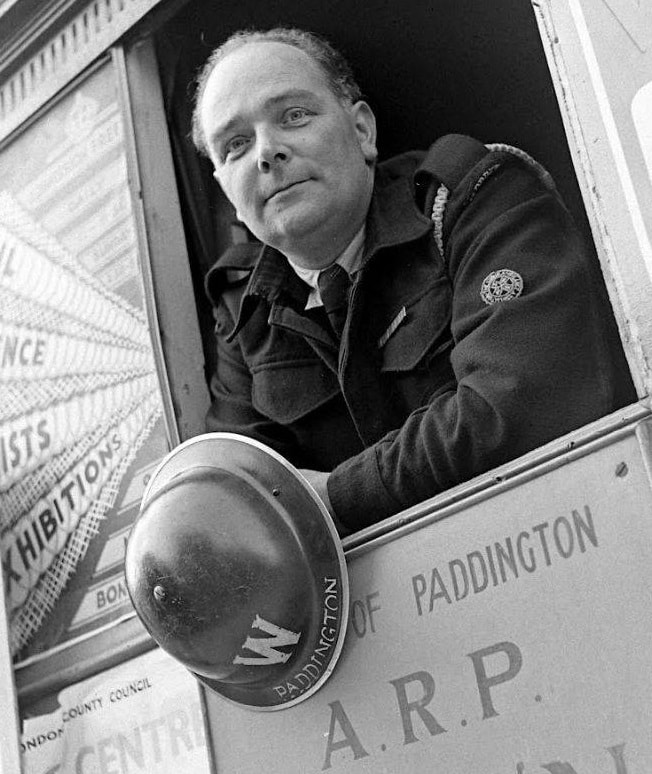