Probably the most ubiquitous badge of the Civil Defence Corps found is the small lapel badge. The emblem in the centre was changed for groups outside of England and Wales. 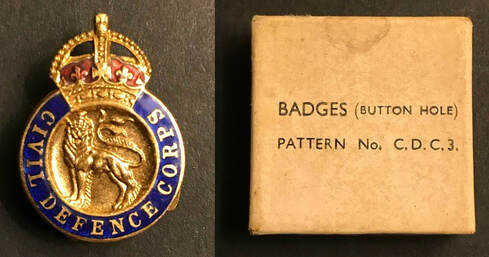 These are the simplest to discern as they actually have Civil Defence Corps written on them. Worn on the battledress pocket and  also sewn onto a beret. The badge can be found with both the King's Crown and Queen's Crown (post-1953). England and Wales had a lion motif and Scotland a lion on haunches (note: it appears the Scottish badge always features the King's crown). The Isle of Man features the three-legged symbol (triskelion).

The King's crown version of the badge remained in stores and was issued right into the 1960s. 1960s-dated berets can therefore have a King's crown badge attached, for example.

Of all the Civil Defence Corps badges that cause confusion, the plethora of shoulder titles causes the most confusion. Placed at the tip of each shoulder the main way to differentiate post-war area tiles is the use of a much yellower thread than during the war.

Whilst the Civil Defence Corps used a number of titles found during the Second World War - WARDEN, RESCUE and AMBULANCE - they also introduced several new titles unique to the corps. These include HEADQUARTERS, SIGNAL, WELFARE, INTELLIGENCE & OPERATIONS and SCIENTIFIC & RECCE.

Within the Industrial Civil Defence Service (ICDS) there were FIRST AID and FIRE GUARD sections (the fire guard titles are often confused with wartime versions (again look at the thread colour).

There was also the FOOD FLYING SQUAD that provided emergency feeding programmes.

Nearly every location ion the UK within the Civil Defence Corps was issued with an area marking title. They can be difficult to differentiate from WW2 area markings. Again the thread colour is often a tell-tale sign as well as black backing with square corners.

While a lot of the wartime area markings had a border (both on the oblong and curved types), a number had curved titles without a border. These are the most difficult to identify.
​ 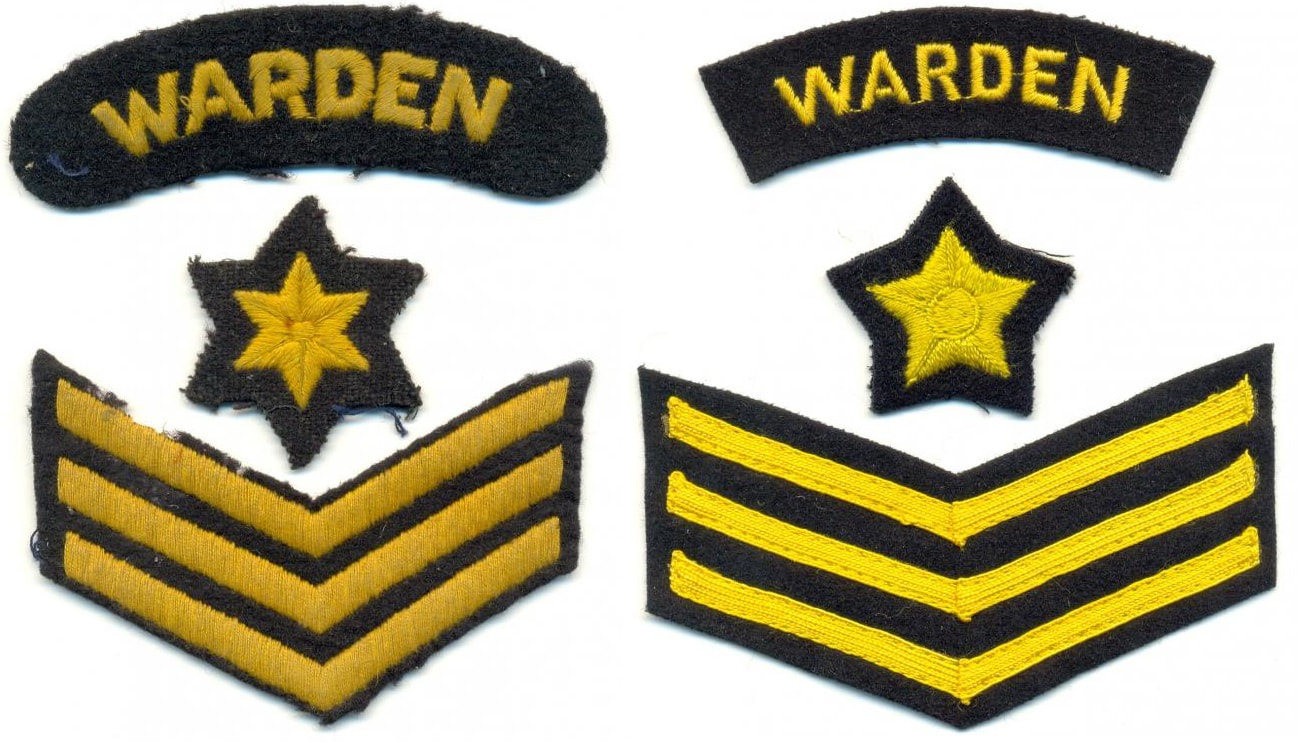 The Civil Defence Corps used similar ranking badges to those in the Second World War. However, they were made in a different material. Rank chevrons (consisting of two and three chevrons) were issued for junior roles and officers used an expanded set of narrow and broad bars.

In many instances Civil Defence Corps officers wore their rank on the epaulette of their battledress rather than the upper arm.

​The various ranks are described on this Wikipedia page

Members of the Civil Defence Corps could undertake various training programmes. Progress through these would allow the wearing of stars on the bottom of the right sleeve, four inches from the cuff. Civil Defence Circular 9/1957 introduced three different proficiency badges, they all featured five points (WW2 stars were six pointed):
​
It has been often incorrectly stated that the red star backing was for a driver. This is simply wrong.

Those Civil Defence Corps members trained in first aid in England and Wales could wear a circular First Aid badge on the lower part of their left sleeve. 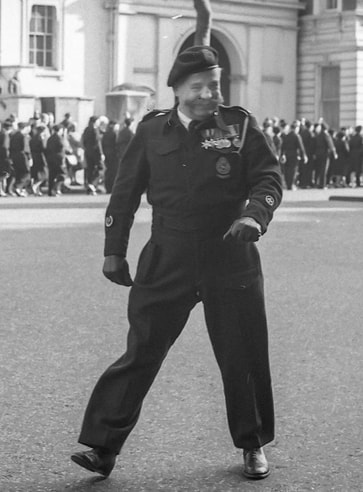 ​Introduced with CD Circular 19/1959, three Instructor badges became available for wear on civilian clothes (they all featured the Queen's crown):
​

For wear on the battledress, on the lower left sleeve, embroidered badges in gold, silver and blue were available to all instructors. They featured the letter I inside a laurel.

Civil Defence Corps armbands are easy to date due the use of the CDC wording. Armbands include "AMBULANCE", "WARDEN", "WELFARE", "RESCUE", "HEADQUARTERS" and the rare "FOOD FLYING SQAUD" (run by the WVS). Armbands feature both the king's as well as queen's crown. The Casualty Collection armband is also post war.

​Interestingly, regarding the Casualty Collection armband, a sealed pattern example of November 1955 still shows the continued use of a king's crown even after Elizabeth acceded to the throne in 1952. 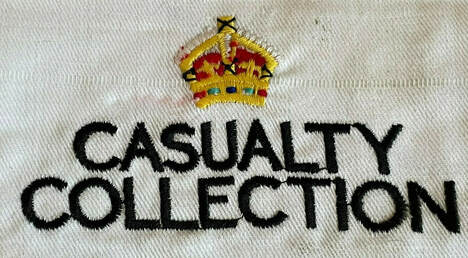 The Voluntary Civil Aid Service (VCAS) was a very late 1960s civil defence group. It came into effect when the Civil Defence Corps was stood down in 1968 but was very short lived (disappearing in the early 1970s). Initially titled as the ‘National Voluntary Civil Aid Service’ later as VCAS, they adopted a shoulder title bearing VCAS and a breast badge of a phoenix rising from the ashes, with the motto ‘Resurgam’ (Latin for "I Am Rising Again"). Area titles for counties, towns and London areas are know to exist. It would appear they also maintained the rank structure of the Civil Defence Corps as well as instructor badges. 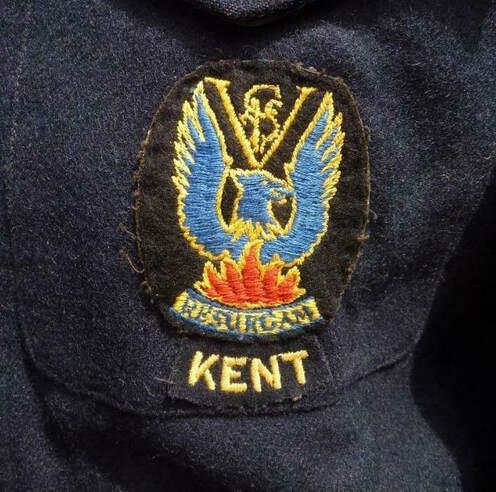 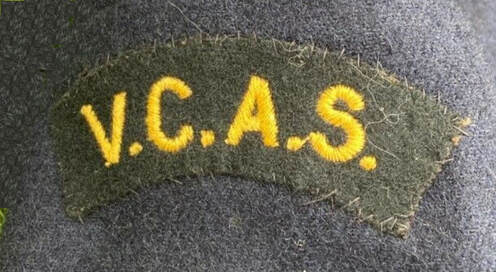